Linda Barnard is a former movie writer for the Toronto…

2020 Trends in Dining and Destinations

I was born a Brady, among the 15% of Canadians who claim Irish heritage. So, although I never lived there, a trip to Ireland feels a bit like coming home. My grandfather’s people came from Cork in the southwest, a short drive from Blarney Castle, home of the famed stone that bestows the gift of gab on those who have kissed it. Those who know me won’t be surprised to learn I have smooched the legendary rock. This Irish trip took me nearly 400 km north, to County Donegal, to experience the “other” Ireland around the island country’s rugged wild child seascapes.

Removed from often-clogged tourist routes in the south, we followed the wavy, stylized W signposts leading us along the Northern Headlands stretch of the 2,500km-long Wild Atlantic Way.

The drive revealed a breathtaking region of Ireland. I was there in April, ahead of the busy summer tourist season, where dressing in layers and being prepared for a bit of rain meant we often had the narrow, curving, sea-hugging roads to ourselves.

There were warm welcomes and surprises everywhere I went, like a booming surf culture along beaches in Donegal and Sligo. I stayed at the Sandhouse Hotel & Marine Spa in the village of Rossnowlagh, watching surfers from the dining room overlooking the long beach while breakfasting on a bowl of hot Irish porridge topped with thick, pale yellow cream.

I wasn’t ready to try a surf lesson, so I bought a hip shirt in the hotel bar that made me look like I might have ridden the waves.

Weaving is literally a cottage industry in Donegal, the famous tweeds produced by independent weavers and sold to garment makers for finishing.

At Glencolmcille Folk Village, a group of historic cottages overlooking Glen Bay Beach that explores daily life in the region’s past, I watched Paddy Boyle at his loom. He makes about 30 metres of cloth a day, the shuttle flying from side to side, his feet working the treadles.

Think you know your whisky? Check out our Canadian Whisky 101 guide.

A Trip to Cyndi Graham’s Studio in Donegal

It’s traditionally “a domain of men, a way of making a living,” said weaver Cyndi Graham as she showed me how she made traditional and modern designs on a wooden loom built in the early 1900s. It belonged to her father, a fisherman, farmer, and reluctant weaver, who much preferred being at sea.

Cyndi Graham CottageHer studio is a must-visit, along a swooping, narrow road from Killybegs to St. John’s Point. It’s in a pretty, red-roofed 18th-century cottage overlooking the sea.

I picked up a funky scarlet-striped woven purse and a couple of incredibly soft, traditional herringbone-weave scarves. 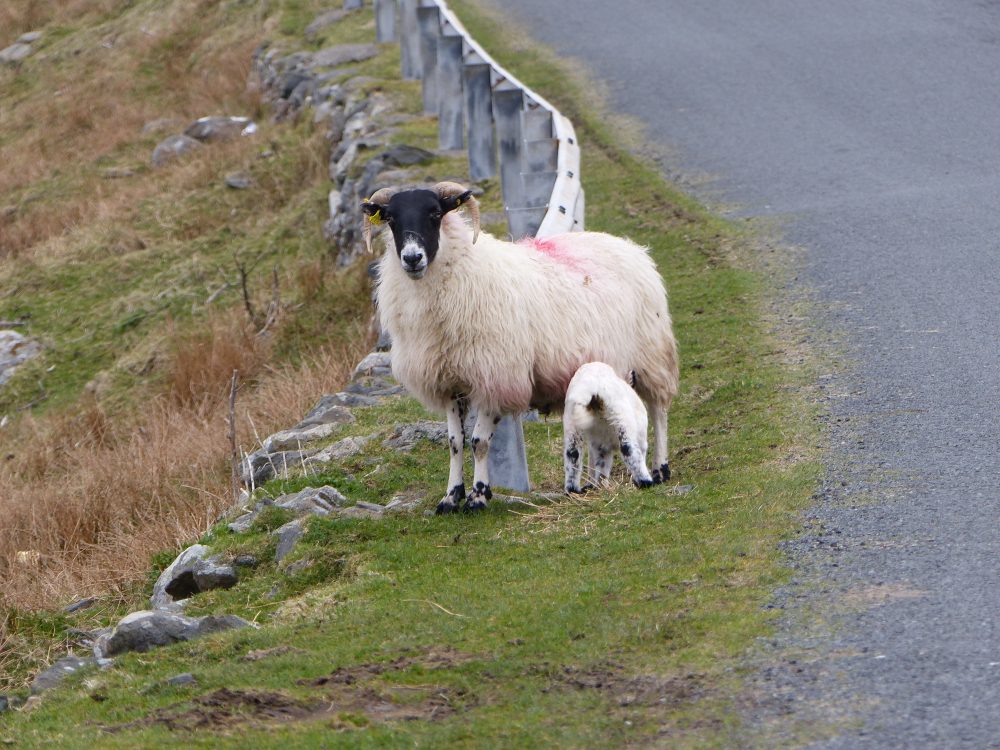 The Coolest Place on the Planet

National Geographic Traveller dubbed Donegal the coolest place on the planet in 2017. Is it true, I asked her? “Of course it is,” Graham replied. “I don’t have to be told that – I know that it is. I am on the edge of the world and the world comes to me. What more could you ask for?”

Part of Linda Barnard’s travel was supported by Tourism Ireland/ Failte Ireland, which did not review or approve this story.

Linda Barnard is a former movie writer for the Toronto Star who penned a new life script as an award-winning freelance travel and food writer and micro-influencer for the dynamic 50-plus travel sector. Her work appears in national and international magazines, newspapers and websites.

Tracing the Nazca Lines of Peru

2020 Trends in Dining and Destinations